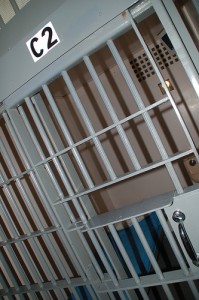 Is the Works bomb illegal? YES!

A second reason why the Works bomb is illegal is that it is technically a bomb, hence the name “the Works bomb.” In its most elemental form, a bomb is any reaction that causes a change of pressure and is exothermic (releases heat). As we all know, making a bomb is illegal because it is illegal to possess a bomb. Therefore, even if one forgoes buying The Works and just uses HCl, one would still be breaking the law because a bomb would be produced.

Is there a legal way to do the works bomb? Yes. First off, you could contact your local governing body and find out if there’s a way to get a permit. I know it seems like overkill, but it’s better to be safe than sorry and a small permit fee is much better than paying legal fees and bail. Also, it may be legal to perform the experiment in a non-pressurized container. Of course, you would have to use HCl, not The Works, and you would also have to check your local laws regarding the possession of HCl and other lab equipment.

I’ve heard of many people getting fined and even imprisoned for making The Works Bomb. Unless you’re 100% sure that it’s legal to do in your area, I wouldn’t take any chances.