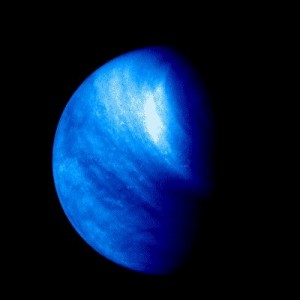 Acid rain has been a hot term lately when people talk about global warming. However, acid rain occurs naturally, not only on Earth but on other planets too. Do people blow it out of proportion? Maybe, but the increase of acid rain does correlate with the rise of the Earth’s temperature (a little), and directly correlates with the increase of SO2 (Sulfur Dioxide, or Sulphur Dioxide for the English folks) emissions.

Since acid rain isn’t exactly the most exhilarating topic, I’m going to throw some cool facts in here and there. That way if you’re reading this for a term paper or some other lengthy paper that no one everyone will read, you won’t be put to sleep…

How does acid rain form?

In layman’s terms, acid rain forms on Earth when factories, automobiles, volcanoes, and other polluting sources emit SO2. The Sulfur Dioxide reacts with Oxygen and water and forms Sulfuric Acid in the air. Sulfuric Acid is an extremely strong acid and corrodes things easily. Just think of those science fiction shows where acid is dropped on a table and it burns right through it (okay, so it’s not that strong, but it is extremely corrosive). So the Sulfuric Acid that forms in the atmosphere dissociates (it’s like dissolving) in water vapor. Eventually this water vapor and Sulfuric Acid mixture condenses into a cloud and it rains.

You know how Venus is so hot? It’s not because it’s closer to the Sun than Earth is (partly that’s why, but not the major factor). Venus is extremely hot because of the greenhouse gases on the planet. Venus’ atmosphere is chuck full of gaseous Sulfuric Acid. This, along with other gases, traps in the heat from the Sun but allows very little out. If Venus’ atmosphere was similar to Earth’s, the temperature might be suitable for some forms of life. Okay, back to business.

What’s the reaction for the formation of acid rain?

The formation of acid rain occurs in three steps. The first is that SO2 is released into the air. Then the reactions occur as follows:

The Sulfur Dioxide that was released reacts with Oxygen in the atmosphere. This Oxygen comes from naturally occurring Oxygen as well as Oxygen that was formed from UV rays hitting water molecules and heating them to the point where they break apart (more common on Venus). This reaction forms Sulfur Trioxide.

The Sulfur Trioxide from the previous step reacts with water molecules in the air to form Sulfuric Acid. This eventually dissociates in water and then rains down.

I referenced myself, but I’d trust the above reference more than I would myself!