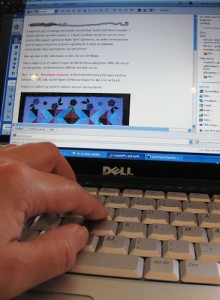 Whether you’re a science major, still in high school, or have to write a lab report for some reason or another, you probably know, err, shall we say, how “fun” they can be to write. Especially if you spend almost 6 hours on one and have a TA return it to you with a grade of 16/50. At any rate, after writing dozens of lab reports, I have found a few tricks to cut down on the time it takes to write the report and also a few tricks on how to get A’s. So, here’s how to get an “A” on a lab report.

I am not guaranteeing that this will work for everyone. I figured I’d throw that out there because someone, somewhere, would find a way to sue me for him or her not getting an “A” on a lab report after reading this.

The first trick; find out what your TA or teacher wants! Half the battle of getting a good grade is finding out what format you should use. Even if you think their guidelines are completely wrong, it doesn’t matter! Just follow their directions. Since doing this my grades have gone up by 5 to 10 points.

The second trick; add references at the end of your lab report. Unless your TA specifically doesn’t want references, you should add them. Not only does it show that you’re not plagiarizing, but it also makes it look like you took the extra effort to research what’s going on. Plus, it means that your report isn’t complete B.S. This has added up to 15 points on some of my reports.

The third trick; state the obvious in your procedures, but don’t go so far as saying “I walked over to the counter…” Sometimes it feels weird writing out step-by-step instructions, but just pretend you’re writing for someone who has no idea what they’re doing (in fact, you might even have a TA that has no idea what he’s doing, so this step will be made much easier… just kidding… kind of). This has improved my grades by about 10 points.

The fourth trick; In your Theory/Discussion, really explore everything. If you performed a titration, why? Why not use some other procedure? Why is the reaction that occurred useful? Get into the nitty gritty. If you read through your Theory and can think of a question, make sure you go back and answer it in your Theory. Doing this has added about 10 points to my lab report grades.

Good luck with those lab reports! Remember, do them a little a head of time, look over them, and it won’t be so bad. Let us know how it goes!