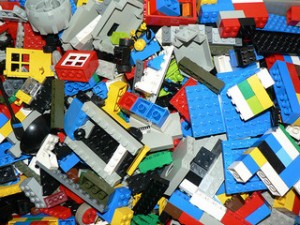 Did you know the same plastic that is used to make LEGOs caused the recall of 8800000 cars and cost car companies nearly $1 billion? That’s right, the same plastic that makes up those little colorful plastic bricks was the cause of the most widespread and expensive vehicle recall in American history. Want to know some more cool facts about what LEGOs are made up of?

I don’t know about you, but I played (okay, maybe I should say play) with LEGOs a ton. Do you know what those colorful little plastic bricks are made out of? Yes, of course plastic, but what kind? It’s called acrylonitrile butadiene styrene (ABS). Its produced by combining acrylonitrile, butadiene, and styrene. While acrylonitrile is produced from a chemical reaction between propylene and ammonia, and the other two components are made from petroleum products.


For every 1kg of ABS (i.e. LEGO plastic) produced it requires the input of about 2kg of petroleum.

Why did the same plastic that’s used in LEGO bricks cause the largest automobile recall in the U.S.?
It’s because ABS degrades in sunlight. Automobile manufacturers were using the plastic in seat belts. Eventually the seat belts began to lose their strength and hence made pretty bad seat belts. Don’t worry though, the plastic is perfectly safe for LEGOs… unless you plan on making a seat belt out of them. The only annoying thing is that the degradation caused by sunlight will cause the color of the bricks to fade over time.

ABS plastic is used all over the place. It’s used in pipes, canoes, golf clubs, luggage, and other toys. Have you heard of 3D printers? Quite a few of them use ABS as the “printing” plastic.

Think this is cool? Please share it with your friends!