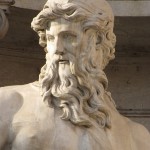 Did you know some elements even had former names? One element was even named in a way to raise awareness of a political issue.


Element 93, Neptunium, was originally named bohemium, ausonium, and sequanium by three separate “discoverers” of Neptunium. Only problem is, they never actually discovered the element. The element wasn’t truly discovered until 1940 at which point it was proven to exist and was named.

The name Neptunium was originally considered for the element named after the country of Germany, Germanium.

Marie Curie is most known for her work with radioactive elements, most notably Radium. In fact, one element she discovered was originally named Radium F. Can you guess which element that is? Keep reading to find out!

One element was named partly in order to raise political awareness. Marie Curie was from Poland. At the time of her discovery of “Radium F” Poland was yet to be recognized as a country. So what did she do to raise awareness and pay homage to her homeland? She named “Radium F” Polonium.

Is it Aluminium or Aluminum (notice the -ium and -um endings)? Actually, it’s both. It’s pretty much only in America that you will hear Aluminum, but why? In the early 1900s a gentleman named Charles Martin Hall (interesting guy, by the way) discovered a procedure for easily and inexpensively producing aluminum (or aluminium). While the patent for his process uses the spelling “aluminium,” the advertisements for the process read “aluminum.” Why the difference? The American spelling had less syllables and was therefore easier to say and remember, but it may have simply been misspelled.