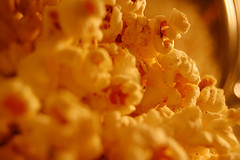 There you have it. Some awesome popcorn facts. Share with your friends if you found this interesting!